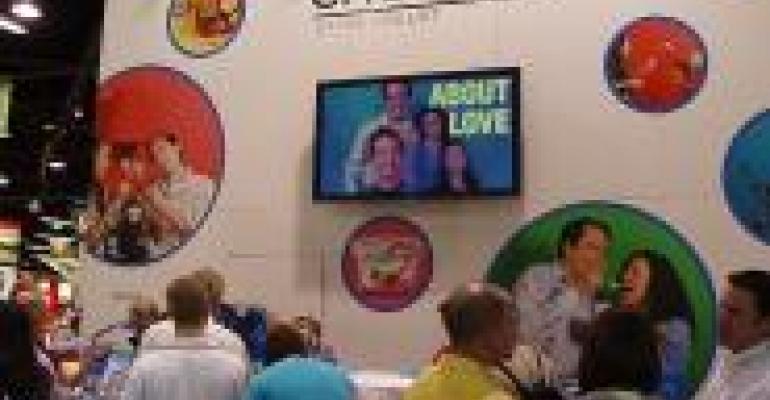 For an accurate representation of just how popular Greek yogurt is right now, look at the picture to the right. It was taken outside the booth belonging to Chobani, one of the fastest-growing brands on the market, and as you can see, it was something of a party. It’s a funny thing that Greek yogurt has taken off the way it has. It has a distinct, gamey taste to it. The first time I tried it, I have to admit, I hated it. But natural and organic consumers have adventurous palates, and so they’re willing to get behind items that, at first blush, might seem strange or off-putting (see: kefir). Major yogurt manufacturers have taken notice, and have bought up a couple of these start-up companies. The popular Brown Cow brand just unveiled its Greek yogurt line, touting a new tag line that speaks for itself and for consumers, too: “We’re Going Greek”.