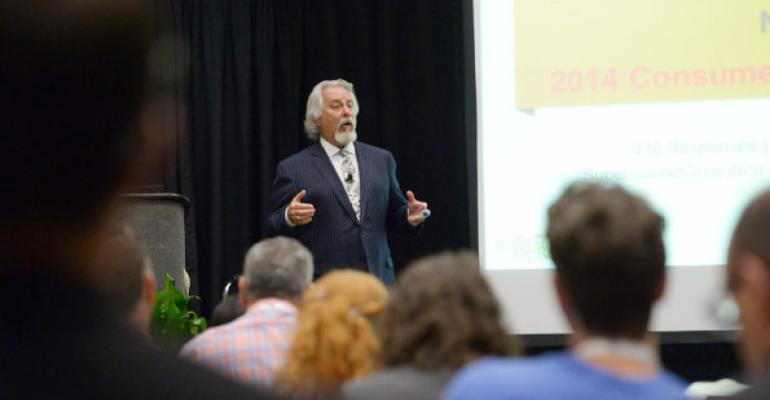 Supermarkets need to step up their games in the face of mixed consumer reactions to their health and wellness efforts.

That's the opinion of Phil Lempert, The Supermarket Guru, who urged new approaches during a presentation at SN's educational event during Natural Products Expo East in Baltimore.

He outlined the mixed results of a recent consumer survey his organization conducted for SN Whole Health. In the survey, about half of respondents rated their supermarkets only fair in selection of natural, organic and better-for-you products and in servicing their desire to eat healthier.

"Where's the disconnect, we're only delivering fair," he said.

Supermarkets need to act at a time when they are facing a range of challenges across their businesses, from shrinking store sizes to increased retail competition and the growth of online-only rivals.

"I've never seen in my career as many changes in the supermarket industry," he said. "And it's going to get worse in the next five years."

Part of the solution on the wellness front is for supermarkets to embrace the role of being the trusted party because consumers are confused about the facts, on issues such as GMO labeling, he said.

"Supermarkets have the opportunity to offer unbiased, factual, traceable information, and very few are doing it," he explained.

"Some huge chains with thousands of stores have only one or two registered dietitians for the entire chain. So the message isn't getting out to consumers."

Supermarkets also need to be honest and proactive in communicating their local products initiatives, he added.

"Consumers are confused about sustainability, local and fresh," he said. "We need clearer definitions. Supermarkets need to be truthful.

"Let's take the lead on health and nutrition traceability."

Lempert said the industry can learn from Walmart's tough approach in making sure it meets sustainability goals.