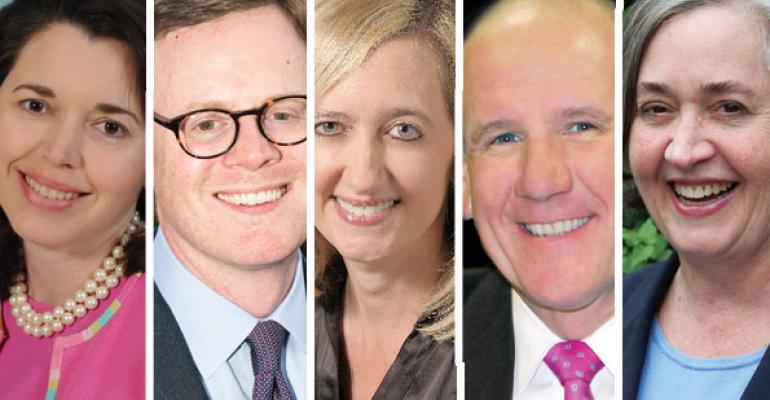 Which races and/or ballot initiatives are most important to you in this election?

Control of the Senate is obviously everyone's focus right now as the prevailing party will control the Senate legislative agenda for the next two years. While there are a number of exciting races this cycle, races in Colorado, Iowa, New Hampshire, Kansas, Louisiana and Georgia will be ones to watch closely. We are also watching a minimum wage ballot initiative (measure 18) in South Dakota along with a few state races, including the Missouri House race for district 113 where Dan Shaul, State Director of the Missouri Grocers Assn., is running. One thing is for sure, we will see a lot of new faces in Congress come January, which presents a great opportunity for NGA's 2015 agenda and the independent supermarket industry as a whole."

PCC is paying attention to the GMO labeling initiatives in Oregon and Colorado. Vermont’s labeling law is a game changer, taking effect in 2016, and labeling in Connecticut and Maine will be triggered when another large adjacent state passes a measure. We’re on the verge of winning the transparency consumers deserve.

GMA is paying particularly close attention to Oregon’s Measure 92 and Colorado’s Proposition 105 given that both ballot measures will be highly disruptive to manufacturers and costly to consumers and farmers. The soda tax initiative in the San Francisco Bay Area is also on our radar as such taxes have historically been arbitrary, discriminatory, regressive and inefficient to collect and administer. And, of course, we’re also following a number of key House, Senate and gubernatorial races.

This election is certain to be close in a number of states. Whether Republicans take control of the Senate by a narrow margin, or Democrats maintain control by a seat, in order to get anything done, we’ll need creative compromise. Those of us working with Congress and the executive branch will push for progress across the aisles and various alliances within the parties. Congress will have no time for a honeymoon period, as several issues were punted to 2015 to avoid Midterm Election politics, and soon it will be presidential campaign season.

In Tennessee, the Wine in Grocery Stores initiative is on the ballot in 78 communities. Each community will have an opportunity to vote for or against the sale of wine in supermarkets. This is of obvious interest to our entire industry and a project that grocers from across the state have been working on for eight years. In addition, we are also closely following races in the U.S. Senate that will ultimately decide control of the Senate. Virginia, Tennessee and Kentucky all have Senate races. Kentucky is probably the closest race and one of great significance. If the Republicans gain control and Mitch McConnell wins, he would become leader of the Senate.

California Proposition 47, which seeks to reduce non-serious felonies to misdemeanor sentences, raises concern within the retail community. Reducing penalties for retail crime only incentivizes criminals to become repeat offenders. Retailers will be forced to step up lost-prevention measures — driving up the cost of goods sold. The retail community along with law enforcement opposes Proposition 47.

On Election Day, we will be closely watching the results in 78 municipalities throughout Tennessee, where citizens for the first time will be able to vote for wine sales in retail food stores. After seven long years of debate, all of our partners in this effort are proud of the support we have earned from people across the state. Tennesseans have made it clear that they want to buy wine where they shop for groceries. We know that voters in other states like Kansas, Colorado and Kentucky will be watching closely, as they want to the ability to buy wine in their grocery stores as well. We encourage Tennesseans to vote for wine and we look forward to offering it on our shelves.