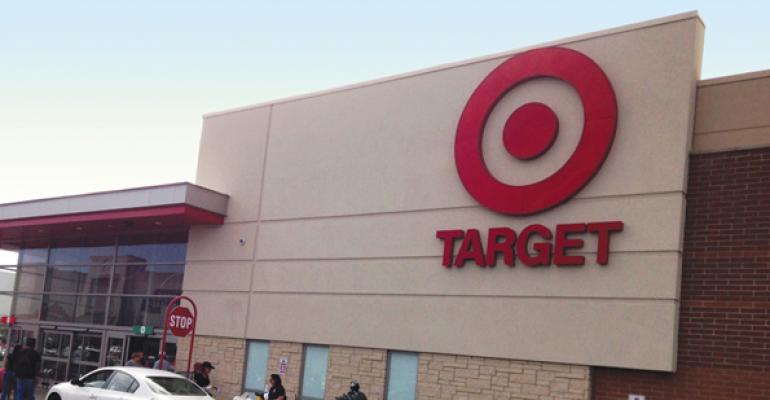 Target on Wednesday said its earnings would likely be lower than previously expected for the fiscal year, citing cost uncertainties related to aftereffects of its data breach. Net earnings in the first quarter ended May 3 fell slightly below analyst expectations, although flat sales were somewhat higher than expected.

Net earnings of $418 million for the quarter decreased by 16% from the same period last year, while total sales increased by 0.2% to $17 billion. Target said the sales gain reflected the effect of new stores, offset by a 0.3% decline in comparable-store sales.

“First quarter financial performance in both our U.S. and Canadian segments was in line with expectations, reflecting the benefit of continued recovery from the data breach and early signs of improvement in our Canada operations,” John Mulligan, interim president and CEO, CFO of Target, said in a statement. “While we are pleased with this momentum, we need to move more quickly. As a result, we have made changes to our management team and are investing additional resources to drive U.S. traffic and sales, improve our Canadian operations and advance our ongoing digital transformation. We have updated our 2014 earnings expectations to reflect the impact of these investments and believe that they position Target for accelerated profitable growth as a leading omnichannel retailer.”

Target’s sales total includes $393 million in sales in Canada, up from $86 million in the first quarter last year when Target opened its first 24 stores there. However, the division showed negative $211 million in EBITDA and a gross margin as a percent of sales of 18.7%, down from 38.4%, reflecting markdowns to clear excess inventory.

The company said it now expects earnings per share for the full year to fall between $3.60 and $3.90 a share, down from earlier estimates of $3.85 to $4.15. This reflects costs associated with the data breach late last year resulting in millions of comprised customer credit and debit accounts.

Will consumers shop for organics at Walmart, Target?
Apr 28, 2014
Don't expect other retailers to follow Target's lead on chip-and-pin
May 02, 2014
Poll finds Target customers forgiving of security breach
May 19, 2014