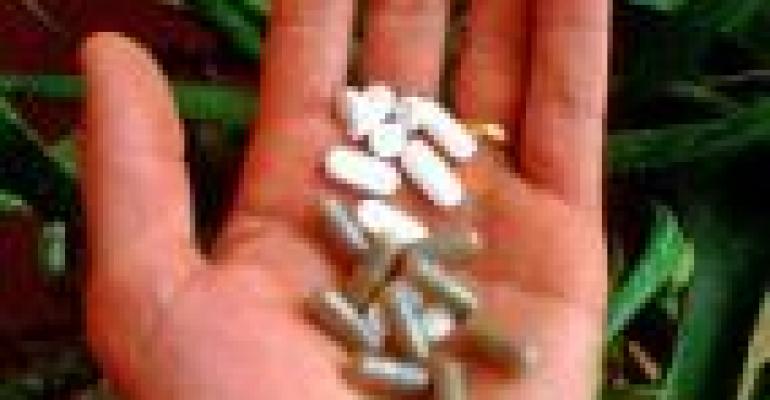 Ever since it became exempt from pre-market approval by the Food and Drug Administration in 1994, the supplement industry has reassured consumers and retailers that it can regulate itself. The ensuing years have cast some doubt on that assertion, and now there’s a report from the Government Accountability Office that makes it look like the Wild West out there in the aisles.

“Deceptive”, “questionable”, “dangerous”. These are words the GAO used to describe practices employed by sellers and manufacturers it recently investigated. Representatives scoped out brick-and-mortar and mail-order retailers, posing as elderly customers seeking relief for diabetes, memory loss, cancer and other ailments. One herbal supplement seller told investigators that ginseng could cure cancer. Another recommended taking gingko biloba along with asprin to enhance memory — a combination that studies have shown may increase the risk of internal bleeding.

The GAO also found evidence of metals such as lead and mercury, as well as pesticides, in all but three of the 40 herbal supplements it tested. None of the metal levels violated federal regulations, though 16 of the 40 appear to exceed the acceptable threshold for pesticides.

The Council for Responsible Nutrition, a trade group that represents the supplement industry, claims that the 22 retailers who were investigated are “outliers” that don’t accurately represent the whole. That’s hard to believe when you consider that sellers were picked at random. The GAO didn’t just happen to light on the several worst practitioners out there.

No, this is an industry that has always required scrutiny, and will perhaps need even more in light of this report. The FDA drew up guidelines in late 2008 that informed manufacturers about what they can and can’t do as far as health claims go, and there’s a bill being introduced to the U.S. Senate that would increase the department’s enforcement capabilities and resources. Realistically, though, it all comes down to the retailers, who must do their homework on every brand they sell and, most importantly, take the time to educate their staff on how to guide consumers through this delicate and sophisticated category.