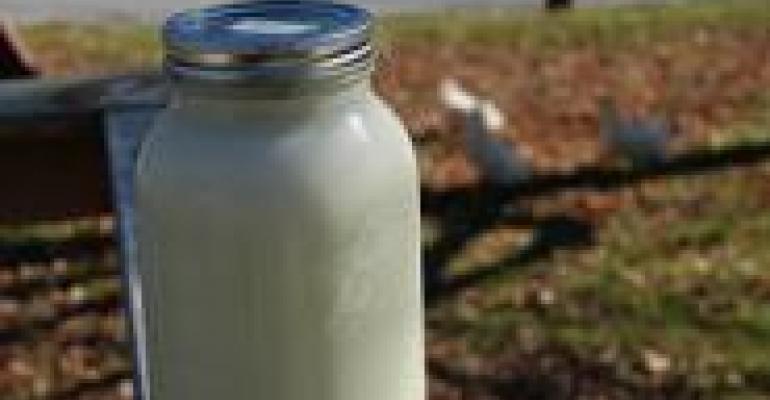 What’s more important to consumers: the safety of their food or the purity of it? That’s an important question, and one that doesn’t often get answered directly. Raw milk is the exception. It’s as straight-from-nature as you can get, yet it can contain harmful bacteria like salmonella and listeriosis. There’s been considerable tension between the two sides on the issue, and now the stakes have grown.

By some estimates, a million people in the U.S. regularly consume raw milk. That’s come off increasing demand over the past several years for whole, unprocessed foods, which advocates say possess vital nutrients that safety procedures like pasteurization eliminate. Raw milk has something of a reputation as a miracle healer, too. Parents have stories of how raw milk cured their child’s asthma, autism, Crohn’s disease, and cleared up their allergies.

For dairy farmers, this growing demand has created an alternative to the shamefully low prices offered for conventional and organic milk. According to a recent New York Times story, raw milk producers receive up to five or six times as much money per gallon — a real life-saver for struggling farmers. Methods of sale vary across the 23 states that allow the sale of raw milk. In California, you can find it in the grocery store, while in Virginia you can only drink it from a cow you own.

Detractors have also been rallying, however, with a new food safety bill wending its way through Washington. The dairy industry is one group that’s lobbied include tighter measures against unpasteurized milk in the bill. They point to the more than 1,000 cases of illness that the Centers for Disease Control has linked to raw milk, and to scientists who claim any nutrient loss through pasteurization is insignificant.

We wrote about this issue more than a year ago, and I’ll stick to the point made there. That is: People who drink raw milk probably know what they’re getting into, and rather than banning it at a regulatory level, the focus should be on education and quality control at the retail level. A lot of different foods carry risks, and it’s impossible to totally erase the illnesses and outbreaks. The best measure is always a healthy dose of transparency.