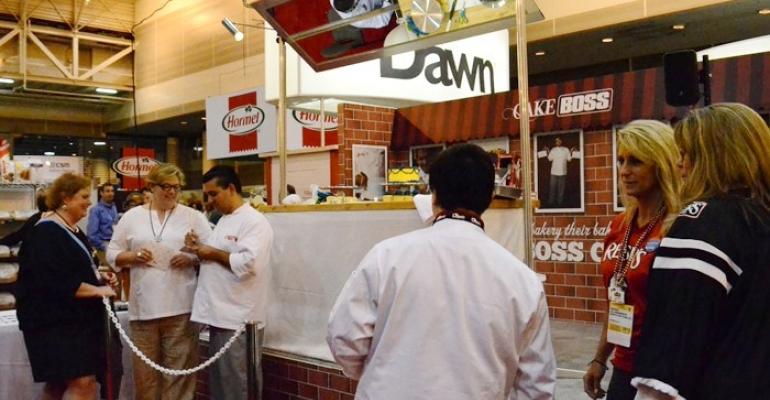 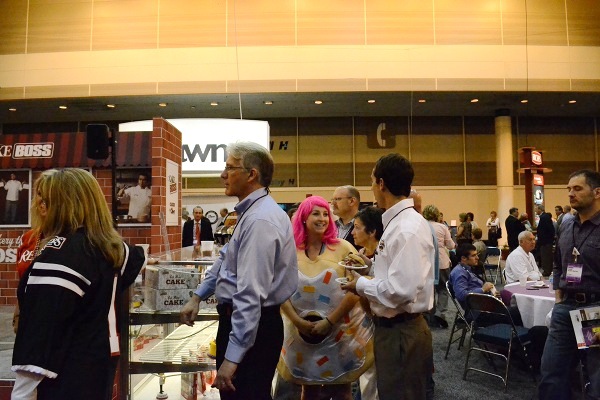 The line stretched around the booth, but show-goers waited patiently.

Yesterday bakery professionals — even one dressed as a donut — lined up for the opportunity to take a picture with the famed Cake Boss of TLC’s reality show (see right). 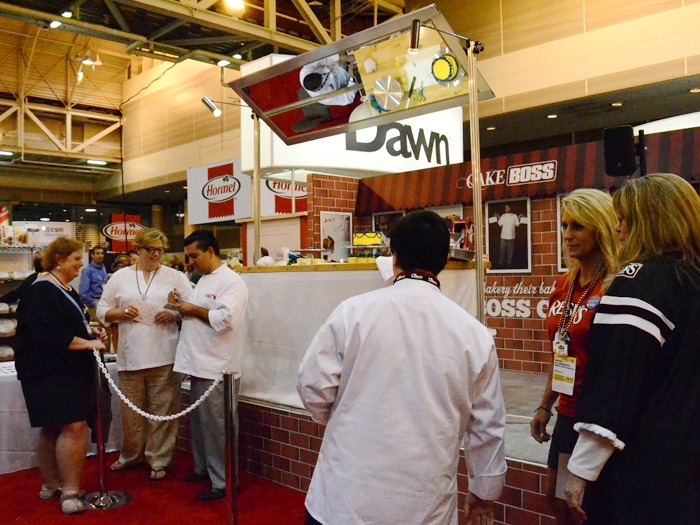 Mr. Valastro is in town to introduce a new mass-produced line of two-tier buttercream frosted cakes available at retailers this summer, according to the Associated Press. Starting with “Badda Bloom” and “My Party Cake,” the cake line will be offered with at $27.99 retail price.*

With Paula Deen and the Cake Boss's appearances yesterday and Sarah Palin coming in today, this IDDBA show is certainly star-studded.

*Update: Angie Goldberg of Dawn Food Products, the manufacturer of the cake line, told me today there will also be four dessert cakes launched at the same time in August. Fondant cakes are coming later this year.