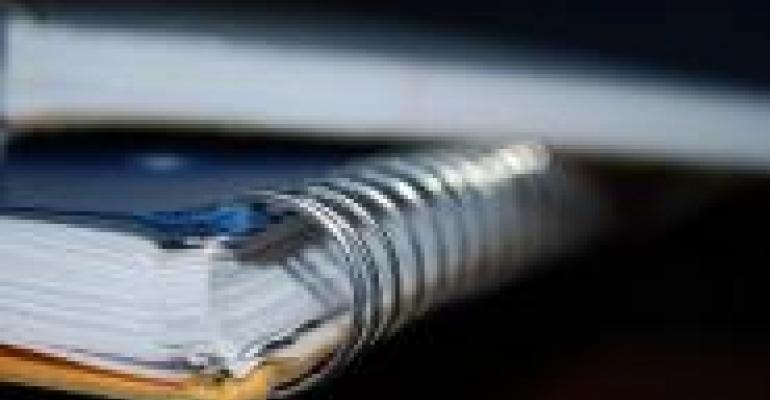 Less for Food, More for Notebooks

It seems consumers continue to make tough choices that impact not only their wallet, but their well-being. Take, for instance, a pair of stories that hit the wires almost at the same time.

The first one, from the restaurant consulting firm Technomic, found that 70% of the people they surveyed stated that “healthier foods are increasingly difficult to afford, 53% claim they often purchase less healthy foods because they cost less, and 44% say their budgets prevent them from eating healthier foods.”

That’s not to say the idea of healthy eating is lost on these cash-strapped consumers. It’s just that buying better-for-you products is a lower priority than in the past. This is a trend backed up in other studies, and feeds the concern over “recession pounds,” a fear that continues to rumble as a bass line during this dark economic period.

“Consumers are economizing in their food expenditures and believe that one way to do so is to spend less on healthy foods,” says Bob Goldin, Technomic’s executive vice president. “It’s an unfortunate development.”

The other report I mentioned might explain where some of that money formerly destined for healthy foods is going: school supplies. An Associated Press story notes that layaways are making a huge comeback, but not for big-ticket items like televisions or expensive party dresses. Places like Kmart are reserving notebooks, pens and binders for customers seeking to pay over time (hopefully, settling the bill before the school bell rings).

Companies like Wal-Mart, which did away with most layaway programs in 2006, are now wondering what to do. Sears Holdings brought back layaways after more than 20 years, and other retailers are following suit.

The problem is, of course, the lack of credit. These items used to be charged on credit cards. Now those have been maxed out, overdrawn or taken away. There’s word that Christmas Clubs — where consumers start saving in the early fall to build up funds to pay for holiday gifts — are ready to take off, too.

Is there a chance for supermarkets that sell school supplies to participate in some sort of program that assists shoppers? What about those who package up complete holiday dinners? Might it be time for supermarkets operating in hard-hit areas to start thinking about Christmas dinner clubs, where consumers can save up towards points, to be redeemed around Thanksgiving and Christmas for holiday-related foods?

We’re talking more than a free turkey or ham. If shoppers are putting simple pencils and spiral notebooks on layaway, it would seem they’re also going to need help with the side dishes, rolls, beverages and stuffing.