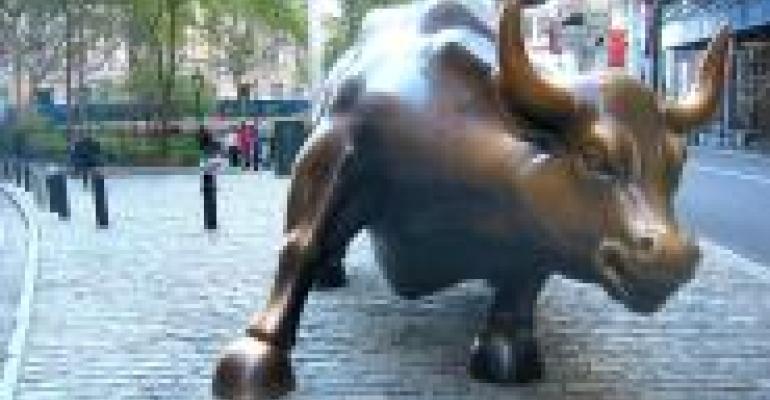 A note from Scott Van Winkle, an analyst at Canaccord Genuity in Boston, brings glad tidings to anyone involved in the health and wellness sector of the food business. “No consumer weakness in the world of healthy foods” was the subhead on the update he sent out this week, and it’s worth picking apart a little to find out why the industry continues to defy the economic gravity that seems to be pulling everything else closer to the ground.

Van Winkle follows three of the publicly-traded leaders in the natural/organic space: Whole Foods Market, Hain Celestial Group and United Natural Foods. He pointedly notes that, not only are all three exhibiting strong growth within the natural and organic categories, the trends fueling that growth are accelerating.

“While an acceleration would be of importance at any point — particularly given that the sector had accelerated in spring of 2010 so is now anniversarying tougher comps — the acceleration in the current environment is a significant confirmation of both the long-term sector trends and the resiliency of the category in the face of a more cautious consumer,” he wrote.

Using the three companies as a barometer, Van Winkle observes that Whole Foods reported strong comps for the chain’s third quarter, which ended in July, at which time executives said that same-store sales were up 8.4%, and remained strong through the end of the month, when the conference call was actually held. Based on the evidence, Van Winkle pegs comps running at greater than 9% for the present quarter.

At UNFI, which just snagged Safeway’s natural/organic distribution business (though not its massive private-label business), the analyst explains that the deceleration of sales growth reported at the close of the company’s third quarter was due to assuming the new accounts, as well as some an earlier acquisitions. With a broad exposure that includes multiple (conventional and natural) channels, Van Winkle’s number crunching indicates UNFI’s core natural/organic business contributed 10% to the quarterly growth.

Over at Hain Celestial, meanwhile, the multi-brand company just closed out its Q4 ending in June with sales growth of 31%, with fiscal year 2011 sales up 23%. While the numbers were due, in part, to acquisitions, there was “strong double-digit internal growth” as well in the last quarter. Using retail scanner data, Van Winkle thinks the number is around 6%, up one percent from the prior quarter.

In an afterthought, the note mentions that even smaller companies working in the natural/organic channel are performing well. He cites two examples — Smart Balance and snack food maker Inventure Foods that are “highly exposed” manufacturers. Inventure gets more than one half of its revenue from the natural/organic channel (with brands like Boulder Canyon and Rader Farms), while Smart Balance’s recent acquisition of gluten-free product maker Glutino embeds the company even deeper into the channel.

Yet, both are performing well within the sector — a trend Van Winkle expects to continue well into fall.