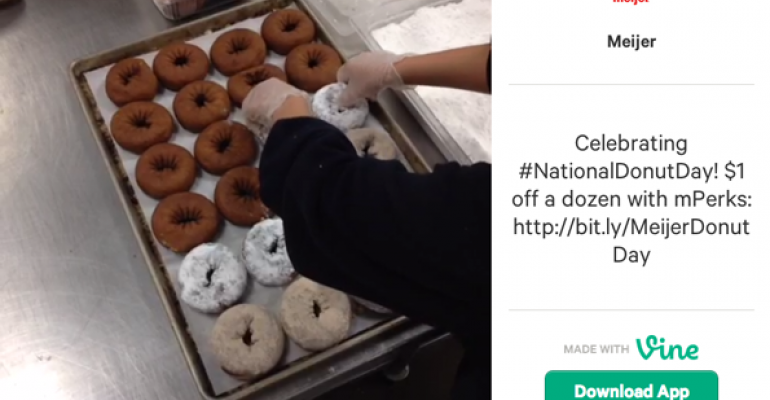 Back in February, I reported on how Price Chopper Supermarkets was an early adopter of Vine, a Twitter-owned app that allows users to create 6-second videos and post them to social media sites.

Since then, several other retailers have begun experimenting with Vine. They seem to be finding that the video format particularly lends itself to highlighting the store’s fresh departments.

Here are some of the innovative clips.

Fairway Market takes us to the deli counter.

The Hills Market makes the best use of sound with this sizzling grill.

Target has used Vine to create some pretty amazing stop motion videos. This may not be real ice cream, but it sure makes you crave some.