Top 75: Sights on a moving target

As one of SN’s signature projects and among its most popular annual features, SN’s Top 75 list — and its companion, the Top 50 Independents ranking — are the topic of considerable internal interest long before they’re ever published. Increasingly, our debate has centered on the very notion of what the Top 75 is, and what it ought to be: Is this a tidy list of food retailers? Or a more complicated list of retailers selling food?

As the inclusion of Amazon.com and the nation’s top three chain drugstores for the first time this year indicates, we’ve settled on the latter, messier definition. Why? Because it most accurately reflects the messy definition of what food retailing has become.

This is not to impugn previous editions of the Top 75: Retail is always something of a moving target and as the paper of record on the industry we’ve adjusted our sights along the way. Channels of trade now represented in the Top 75 include warehouse clubs, big-box discounters, natural/organic food stores, specialty stores, convenience stores, dollar stores, drugstores and pure-play Internet retailers. It was easier when it was only supermarkets. 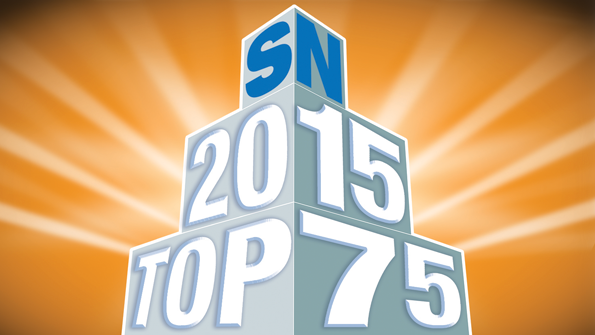 The inclusion of so many different players practically required that we better reflect the size of the business that food and consumables produce, leading to a second change this year: Where practical, the figures reflect not total revenues for a company, but their ranking based on sales attributable to food and consumables at each company: In other words, what they get that supermarkets might take otherwise. This allowed for the inclusion of a significant food player like CVS without it bombing the Top 5 in revenue thanks to deriving a significant percentage of its sales from pharmacy and other non-supermarket revenues. (We applied the same governor for Wal-Mart Stores, by the way, but even backing out its general merchandise revenues didn’t affect its top rating though it did narrow its lead on No. 2 Kroger to a mere $100 billion).

Incorporating these changes caused a bit of disruption to the list, with a few companies dropping off the end of the Top 75 and resurfacing near the head of the Top 50; but the exciting thing is seeing where those disruptors would splash down. Our estimates placed Amazon.com at No. 62 — a ranking we’ll bet will be the lowest the e-commerce player achieves for some time.

No review of the Top 75 should be complete without a tip of the hat to SN colleague Elliot Zwiebach, who has been cheerfully compiling these lists longer than he’d like to admit using the old-fashioned practice of hundreds of phone calls to retailers, analysts and other knowledgeable sources along with just a little bit of math.

How’d we do? Please let us know.