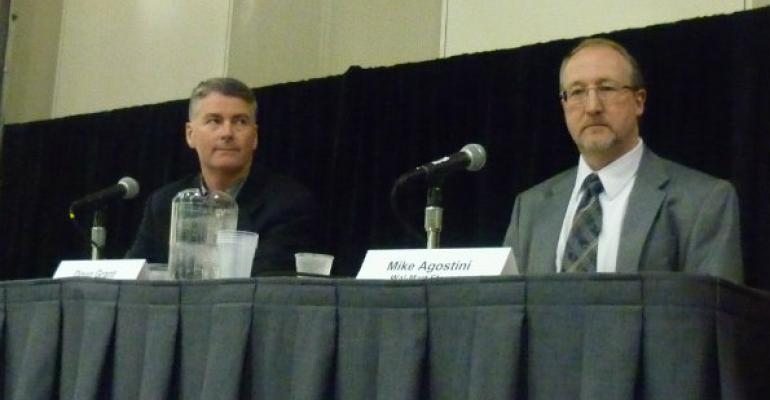 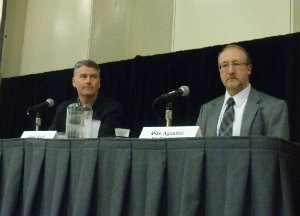 While most suppliers have fully implemented the Produce Traceability Initiative or could do so fairly quickly, most retailers have not, according to the co-chairs of the PTI Leadership Council.

“Retailers have been pilot testing, kicking the tires. Some have moved forward, some are still making plans to move forward,” said Doug Grant, senior vice president and COO, The Oppenheimer Group.

It can also be difficult to tell where retailers stand because they don't want to reveal too much to competitors.

“First rule of retail is never tell anyone else at retail what you're doing,” said Mike Agostini, senior director of produce and floral, Wal-Mart Stores. “I've tried within the legal limits to find out kind of where retail is and what's happening and I don't know much. I believe most are in the same place we are in different stages of working through the challenges and putting a really good faith effort into trying to move towards PTI.”

When figuring out how Wal-Mart could best implement PTI, the retailer went back and forth between scanning product when it is received and an advance shipping notice method, both of which presented challenges, Agostini said.

With such a huge undertaking, it is not a surprise that PTI implementation is progressing slowly.

“Like any IT project, it always takes twice as long and twice as much money as you think it's going to take,” said Grant.

However, the progress that has been made is already making a noticeable difference in the industry.

“Everybody in the business is in way better condition now than they were five years ago from however little or however much work they've done on PTI. So that alone has made it a huge success. Recalls that were taking six weeks plus to figure out five years ago, the FDA is now nailing down in a matter of days,” said Agostini.

As an example of Wal-Mart's own progress, Agostini said a few weeks ago when there was a small issue with cucumbers from one packer, the retailer was very quickly able to trace where the product was in their system and pull those pallets in an efficient way.

Agostini said he expects the tipping point to be soon for retailers.

“There's some retailers out there already, Publix and a few others, that are starting to require case labeling. I think we'll see more and more jump on board. And we'll get to the point where a couple of the biggies jump in there and create the critical mass and then the rest will come in very quickly after that. I believe that will be fairly soon, within the next year or so,” said Agostini.

“We've come 95 yards. Five yards to go. And now the challenge is to push it that last five yards,” he added.