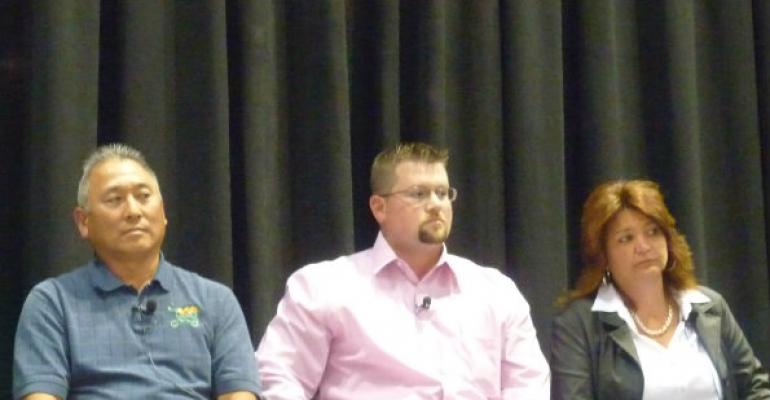 Providing more information to customers and store employees is a good way to set apart your produce department from the competition, winners of the United Fresh Produce Manager Awards Program agreed in a panel discussion on the show floor. 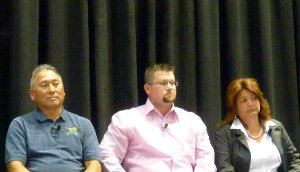 “People have so many questions now about where it's coming from, how it's grown, what to do with a lot of the stuff, so I think knowledge is power,” said Gina Wasilefsky, Big Y Foods.

Others stressed the importance of properly training those working in the department.

“I think a lot of us give really high quality products, but if you don't know what to do with it, the quality doesn't matter,” said Doug DeWitte, Meijer.

One technique to help customers is to take a recipe card and put everything on the card in one display, which may mean cross-merchandising with other departments, said Derek Sibley, Oak Point Fresh Market.

“Because everybody's in a hurry nowadays and nobody can ever figure out what's for dinner,” said Sibley.

Organic produce is in high demand, and many customers don't understand why stores only carry certain products for limited amounts of time.

“I think we have to educate our customers more on that, because it's not as available year-round as conventional produce,” said Wasilefsky.

Another challenge when it comes to organic is ensuring that cashiers ring up the products properly. Luis Huerta, Raley's, said he puts a red rubber band on organic produce whenever possible to make it stand out, while Justin Warner, Brookshire Grocery Co., uses a pink ribbon.

“It's like, I don't know, napalm or something,” said Kenny Hackman, Walmart.

The produce managers recognized how important their department is to the rest of the store.

“Just like [Publix CEO] Mr. Crenshaw said earlier this morning, somebody will be able to tell what the rest of the store is going to look like by seeing what the produce, the quality of the produce, is like, so I think that's what sets our stores apart from all the other ones around in our area,” said Huerta.