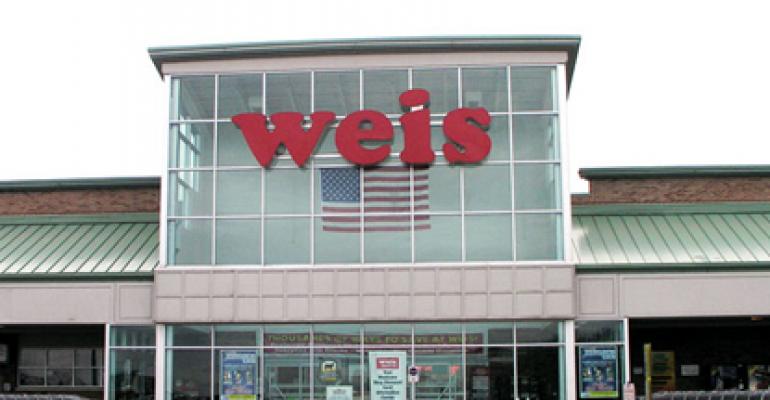 The almost Retailers of the Year This post is part of the 10 Items or Less Blog.

Wal-Mart Stores was SN’s selection for Retailer of the Year in 2016 — a result that, like a lot of things that came to pass in 2016, seemed unlikely not so long ago.

As detailed in the feature in SN’s December issue, Walmart built a strong case behind a determination for greater relevancy in the food universe that while not producing dramatic results yet, resulted in the kind of positive sales momentum that was surprisingly difficult to find elsewhere this year.

Walmart was the third so-called non-traditional or alternative format retailer to have earned SN’s annual honor in the last four years: Aldi was last year’s winner and Sprouts Farmers Markets in 2013, providing more evidence as to where the industry is headed, in case you needed some.

When it comes to choosing a winner, we consider arguments from the industry, from our editors and from our sources. In no particular order, here are a few nominees we also considered finalists:

Winco Foods: The employee-owned discounter has quietly become one of the industry’s big growers, expanding from its Boise, Idaho, home base throughout the West and Southwest, most recently in Dallas. Late this year, it announced plans for a little sister concept, Waremart by Winco, with plans to debut next year.

Weis Markets: The family-controlled central Pennsylvania-based retailer is in the path of giants (Ahold, Aldi, Acme, Walmart) but holding its own. This year it not only traded competitive promotional punches with some of the above but also gained share through opportunistic acquisitions of available stores (38 Food Lions spun off in the Ahold-Delhaize merger, five Mars Supermarkets) that expanded its sales and geographic reach. Unlike a lot of relatively small, regional companies (and some of its bigger competitors), Weis is financially fit, and that is making a difference.

Ahold Delhaize: One analyst we asked called this pairing of European-based retailers the most significant competitive event of the year. Let’s wait to see whether they will be, as they promise, “better together.”

H-E-B: “Phenomenally consistent,” one analyst marveled. “Their stores are always in great shape, they know what format to put where, the prices are second to none, the merchandizing is second to none, and that’s been the case for a while. They don’t slow down; they don’t ease up. It is really hard to find a chink in the armor.” As is the wont — and right — of private companies, Golub Corp., owner of the Price Chopper chain, has not been acknowledging reports this year suggesting that is either seeking a buyer or is in talks with one. The Schenectady, N.Y., Price Chopper anyway. The other Price Chopper — the one in Kansas City, Kan., operated by member-owners of Associated Wholesale Grocers — in the meantime has been adamant in denying it’s being pursued by Albertsons, lest their shoppers, owners and employees panic.

A different kind of same-name situation is playing out in Europe where Iceland (the country) has asked Iceland (the U.K.-based supermarket) to relinquish exclusive control of the “Iceland” name. Meetings between government officials and the retailer earlier this month failed to produce an agreement to satisfy the country, which says the retailer’s use of the name hinders domestic producers from highlighting their country of origin, and that it intends to proceed with a lawsuit. That’s cold.

When Kroger earlier this month reported third-quarter identical-store sales gains that were the company’s smallest in 13 years, some in the corporate office were relieved afterward that its stock didn’t also tank. But they better not be satisfied, its CFO said.

Speaking candidly at Barclays Capital’s “Eat Sleep Play” conference last week, Kroger’s Mike Schlotman described the scene in a post-conference call meeting of department heads where “some folks … had the wrong attitude about our results.”

“I asked how many were going to be proud if they were in the room on March 2 or whenever we release fourth quarter [financial results] … if ID sales aren’t positive,” he said. “And there is a different sense of urgency when they left the meeting than when they got there, let’s just put it that way.”

This week, Kroger announced voluntary retirement buyouts for up to 2,000 of its non-store staff. That’s a compassionate way to begin belt-tightening, but won’t necessarily be the only way, sources note.