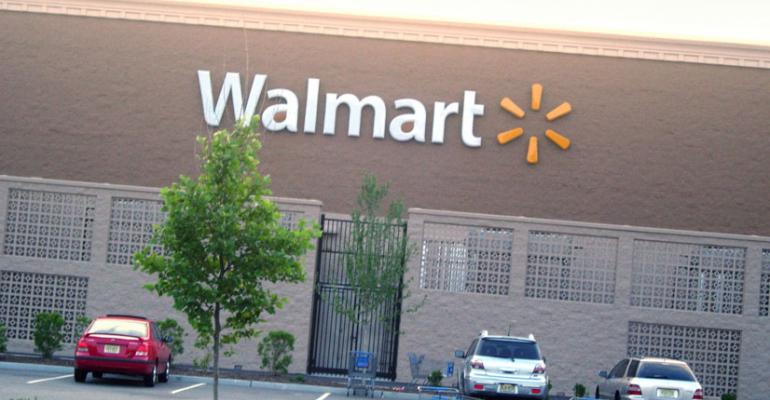 Although the company highlighted success in areas including produce sales and Neighborhood Market performance, overall non-fuel comps in the U.S. declined by 0.3%. Company officials, who had projected comps in the range of flat to 2%, said low inflation, a late start to summer weather, and continued customer strain resulting from increased payroll taxes contributed to the disappointing sales.

Wal-Mart is now expecting 2% to 3% sales gains for the year vs. previous forecast of 5% to 6% sales increases. The company also said it anticipated struggling with currency fluctuations and higher-than-expected costs to enhance compliance with the Foreign Corrupt Practices Act.

“This revision reflects softer sales performance in the first half and our view of current global business trends, including a challenging retail environment, and significant ongoing headwinds from anticipated currency rate fluctuations,” Charles Holley, Wal-Mart’s chief financial officer, said in a conference call reviewing the quarter, which ended July 31.

“Although ostensibly an improvement on Q1, when U.S. comps were down 1.4%, Q2 was arguably a weaker performance,” Stephen Springham, senior retail analyst for Planet Retail, London, said of the results. “Although the U.S. consumer remains challenged, the factors that derailed performance so horribly in Q1 (delays in tax refunds, poor weather and lower inflation in food) have all receded and the operating backdrop in Q2 was far more benign. One telling factor is that the company seems to have woefully underestimated the effect of income tax increases that came into force at the end of 2012 and continue to weigh heavily on Wal-Mart’s core customer demographic.”

Wal-Mart’s overall U.S. sales were up by 2.1% in the quarter to $68.7 billion. Officials noted that although sales were below expected levels, comps increased sequentially from the first quarter.

Bill Simon, chief executive officer of Walmart U.S., said grocery comps were down slightly as a result of low inflation and/or price deflation in categories like dry grocery, snacks and frozen food. Shoppers also traded down, “particularly in the categories where product loyalty is not the primary factor in a purchase decision,” Simon said.

Produce comps were up in the mid-single digits and sales increased through the quarter, Simon added, citing effects of an initiative to improve employee training and the company’s ongoing “fresh-over” campaign. Simon said he expected U.S. comps to be “relatively flat” in the third quarter, citing consumer

Neighborhood Market stores saw sales increase by more than 30% as a result of new stores and “solid comp growth,” Simon said. “[Neighborhood Market] comp growth was driven by strong traffic trends, as customers respond to our expanded assortment and focus on fresh foods, with produce, adult beverages and consumables setting the pace, and driving customers’ intentions for return trips.”

The company opened 35 small stores during the quarter, most of which were Neighborhood Markets.