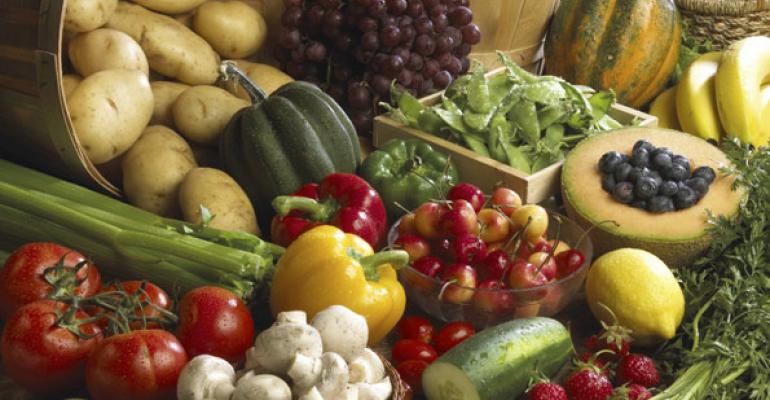 This year’s United Fresh Show will be kicking off in Chicago’s McCormick Place Convention Center June 10 to 13 with a larger trade show floor.

The show has 340 exhibitors planned, up from about 275 last year, said John Toner, United Fresh VP of convention and industry relations.

The show floor will have a new Expert Consultation Center where United Fresh members can make appointments with 12 different industry experts — such as a representative from Nielsen Perishables Group and MJR Creative Group — on topics such as merchandising, food safety and strategic planning.

Show floor Learning Center presentations will look at topics such as implementing the Foods Safety Modernization Act, expanding organic sales and analyzing consumer trends. Some of the 35 winners of the United Fresh Produce Manager Awards will talk about their experience working directly with consumers and strategies for success in the produce department.

This is the first year of its three-year co-location partnership with the Food Marketing Institute’s FMI Connect show, which will now be an annual event. The two groups have partnered before, but Toner said the groups are approaching this multi-year co-location differently.

“We’re going to be 10 feet away from them [FMI Connect]; we’re sharing the same entrance unit. Our registration areas are going to be in the same place,” he said.

“I think you’re going to see a lot more interesting conversations taking place rather than what you saw maybe in Dallas or Las Vegas or even all the way back to when we were in Chicago with them [FMI] 10 years ago, so the dynamics between retail and fresh produce are going to grow stronger because of this relationship.”

United Fresh plans to expand its industry partnerships for future shows. The group will also be co-locating with the International Floriculture Expo in 2015.

“In the macro view, this is the first year of what is going to become an increasingly essential event for the fresh produce industry, but really the retail industry,” said Toner.

For the first time, United Fresh and FMI are hosting a joint general session; former secretary of state Hillary Clinton will speak at 5 p.m. on Tuesday, June 10.

The show will highlight the retail side of the produce industry the next morning with Publix Super Markets CEO Ed Crenshaw’s keynote presentation on current and future supermarket trends.

For the second year, United Fresh is hosting a post show conference. Branding differentiation will be a focus of the Retail Produce Marketing and Merchandising Conference at the Hilton in Chicago on Friday, June 13.

Al Reis, who Toner called “the godfather of branding,” will discuss food branding in a keynote presentation at the post show.

Eataly Chicago general manager Raffaele Piarulli will shed light on how the supermarket is becoming its own brand instead of a location, said Toner.

Overall, with the show this year, United Fresh is looking to bring together the produce industry with the greater retail industry.

“Fresh produce is the decision point for consumers on where they go do their grocery shopping,” Toner said, noting the importance of produce companies talking to not just people who work in produce at retail, but also people who work in retail marketing and merchandising on how to best promote fresh foods.