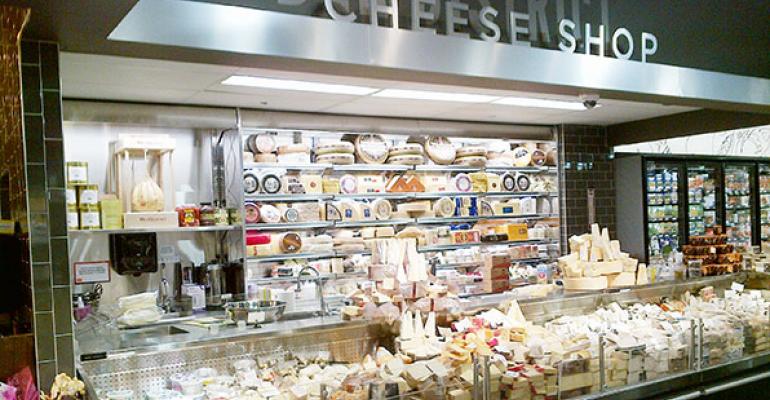 A new approach for downtown areas?

The recent announcement by Wegmans that it will open a store in Brooklyn, N.Y., the new Roche Bros.’ store in Boston, and the continued push by retailers into the central core of Chicago suggests that grocery retailers are evolving their thinking on how best to build a presence in downtown locations.

For a number of years, many retailers have tried various format models downtown, with stores in the 10,000-square-foot to 15,000-square-foot range having been popular test beds. While these continue to be popular, particularly in new, mixed-use developments where retail space remains at something of a premium, the Roche Bros. approach in Boston could be an alternative model.

Sitting in the heart of Boston’s shopping district, Roche Bros. has developed an incredible grocery offer in the former Filene’s Basement flagship. I was fortunate to visit the store a few days after it had opened. Taking over a large space of around 25,000 square feet has enabled the retailer to deliver its full proposition, featuring bakery, deli, fish, meat and seafood counters.

In such a large space, there has not been a need for the retailer to curate its offer, but what it has done is tailor it for downtown residents, workers and tourists. Prepared foods are a central element, including an extensive pre-packed range and smaller portion sizes. These help Roche Bros. to compete with the many traditional foodservice operators that have built their businesses in this high traffic area.

One of the best features of the store is its own street level food-to-go offer. As a prelude to what may be found below in the full-size basement store, Roche Bros. has created a unique space of around 3,000 square feet. Here it offers a range of grab-and-go options, including ready-to-eat meals, sandwiches, soups, an amazing pastry offer and an impressive piece of theater in the form of a hot cookie plate. This works extremely well in terms of meeting the lunchtime needs of workers, while the quality of the offer also encourages customers to return and probe the lower level.

As an increasing number of people move back to living in downtown areas, larger format stores could become more viable. Given the scale of retail closures we have seen this year outside the grocery sector, finding the right space may no longer be the issue it once was. The move towards offering higher quality prepared foods equips many retailers to compete more effectively for shoppers’ share of stomach in these locations. Operating off a traditional footprint also means less operational complexity for retailers.

Developing two separate propositions within the same unit has the makings of a successful model, offering customers the best of both worlds. The Roche Bros.’ store in Boston is one of the best full-service grocery offers I have seen in a downtown location in the U.S. But with the shift to smaller formats underway, has the opportunity for this kind of store slipped off the radar for retailers?

What do you think the downtown grocery store of the future will look like?