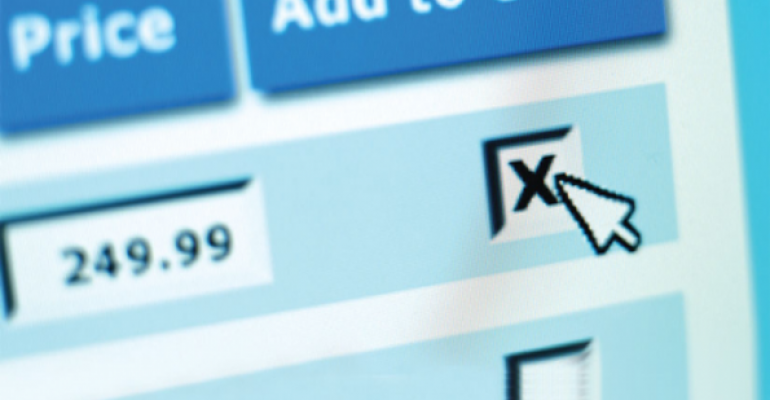 NEW YORK — The emergence of grocery shopping in the virtual world will have a profound impact in the physical one, likely to drive food retailers into smaller boxes, trigger portfolio breakups, and put a premium on top locations, according to panelists in an SN webinar.

Servicing the "omnichannel shopper" also holds promise for growth for supermarkets, but will require they take a disciplined, strategic approach, they added.

Panelist Deborah Weinswig, an analyst covering retailing at Citi Research, said the specter of Amazon.com putting its Internet retailing know-how to work on a large scale in grocery is bringing about an "inflection point" for supermarkets to confront the threat.

"Amazon is the push that will make everyone change," Weinswig predicted. "Food retailers can’t dismiss it. They can’t say it’s too expensive, it’s too this, it’s too that."

Panelist Bill Bishop, chief architect at Brick Meets Click and a founder of consulting firm Willard Bishop, Barrington, Ill., noted that online grocery sales growth has corresponded with an erosion of shopping trips to the physical store. That pressures not only sales, but the economics of the retail store, he said.

"Retail stores are a very fixed-cost business, and [lost trips] is where the point of pain is," he explained. "If you think about margin dollars lost when one dollar is taken off the top of sales, it’s probably three or four times that on average."

As a result, Bishop said, "it’s imperative that a retailer find a way to drop the break-even levels of their individual stores."

Around 11% of shoppers regularly buy some grocery products online today, Bishop added. Stores that expect to benefit from that sales shift will need to reduce their fulfillment costs, he added.

The growth in e-commerce will likely accelerate the pace at which retail stores fail, creating a favorable market for property buyers, according to panelist Andrew Couch, managing director of DJM Real Estate, a division of Gordon Brothers Group. Buyers will use this leverage to select only the properties they want in takeovers, he said.

"Five to 10 years ago, if you didn’t buy all the stores in an acquisition — the good, the bad and the ugly — you were kicked out of the kitchen," Couch said. "Today buyers are more surgical. The days of buying 50 stores but only wanting 30 of them are over."

The heightened prospect of retailers getting stuck with their own dark or struggling stores will require them to think strategically about "pruning" their store base, reviewing markets and stores to determine where to invest and where to exit, Couch said. He noted this process is becoming more challenging as virtual threats arise. "Sales forecasting has always been a bit of a dismal science, now it’s only more so."

This environment will highlight the value of "A" locations — those with the market’s best access and ease of shopping — even in "B" or "C" markets, he said. In the meantime opportunities will arise for an emerging class of smaller-store operators such as Sprouts Farmers Market, Grocery Outle t and The Fresh Market, which "can take a less-than-perfect site and still do well."

Register for the Webinar

According to Weinswig, the flurry of mergers and other real estate deals in the grocery space this year points to tantalizing opportunities for growth, but she cautioned these opportunities come at a difficult time, especially for lower-income shoppers.

"I never thought I’d say that grocery has become the most exciting sector out there but it truly has," Weinswig said, reviewing an accelerated pace of change affecting the food retailing industry.

The Lempert Report: Online Delivery Is a Battle for Speed (Video)

Lower-end consumers have cut back on basic necessity shopping and are less likely to benefit from the current recovery in home sales, Weinswig said. The specter of House legislation that would eliminate SNAP benefits for 3.8 million lower-income shoppers next year is also a threat that could have far-reaching effects on a variety of retailers, she said.

And while consumer confidence has picked up overall, Weinswig called it a "fragile" recovery still below pre-recession levels, and marked by shoppers focusing limited discretionary dollars on cars, housing, appliances and home improvement projects at the expense of "smaller pleasures" like electronics, apparel and soft home goods.

However, consumers are also spending more at e-commerce, providing hope for food retailers who can get that offering right, she said.

Register for the Webinar