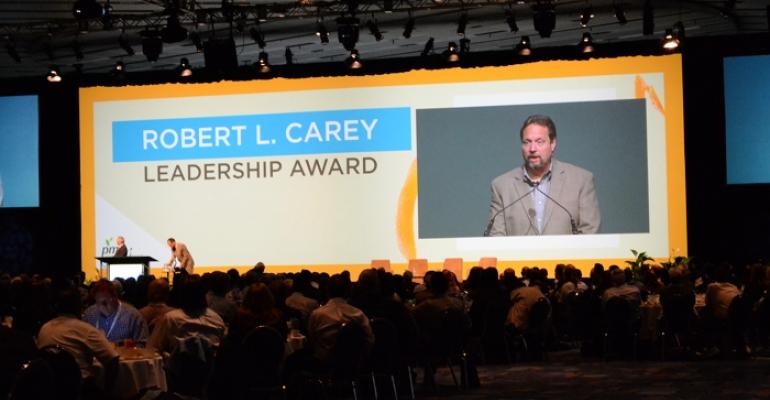 The Produce Marketing Association’s first ever Robert L Carey Leadership award was presented to Mike O’Brien, VP of Produce and Floral at Schnucks and former chairmen of PMA’s Board of Directors, at the State of the Industry panel here in Anaheim, Calif.

The award is named after the former President of PMA, who led the association for 38 years and expanded the group from 100 members, according to Bryan Silbermann, president and CEO of PMA.

“And in Bob’s honor this award recognizes a person who has demonstrated outstanding leadership and an uncommon commitment to PMA and the produce industry we serve,” said Silbermann.

Bill Schuler, past PMA chairmen and CEO of the Castellini Companies, presented the award with Silbermann.

“Like Bob Carey, Mike holds the mission of increasing consumption near and dear to his heart as shown by his chairing of the Produce for Better Health Foundation an organization Bob Carey himself helped create and nurture,” Schuler said.